The Work Progress Program (WPP) was launched in 2012 as a partnership between the NYC Human Resources Administration (HRA) and the Mayor’s Office for Economic Opportunity (NYC Opportunity). These organizations recognized an opportunity to supplement the work of community-based organizations (CBOs) with young people ages 16 to 24 by funding an add-on subsidized job component to their existing youth programming. Our report describes both the broader picture of the benefits and challenges of WPP for participating CBOs, as well as the outcomes for program participants from a sample of sites during 2012-2019. For more insights, read the full report here. 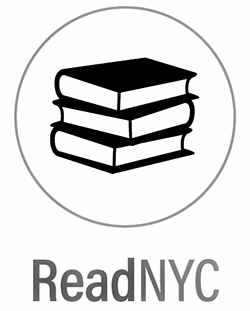 About ReadNYC: ReadNYC is the United Way of New York City’s (UWNYC) signature Collective Impact initiative, which is based on the National Campaign for Grade Level Reading. The goal of ReadNYC is to dramatically increase literacy rates among children in neighborhoods of concentrated poverty in NYC. ReadNYC employs a strategy which programs and services that are designed for both families and children. It also works directly with teachers and principals in children’s schools. All in all, the ReadNYC pilot in Mott Haven is a collaboration between UWNYC, East Side House Settlement’s (ESH) early learning centers, five public schools, and key community partners, including community-based organizations (CBOs), and ReadNYC students and families.

The Work: The UWNYC commissioned MAI to implement a case study, a research method which incorporates multiple data sources to provide a comprehensive description of multifaceted research phenomena in real-life contexts. This case study was designed to help UWNYC focus the supports it provides to ReadNYC. Backbone organizations, like UWNYC, can play many roles in collective impact initiatives: they are conveners, data collectors, marketers, fundraisers, advocates, and more. This assessment explored the extent to which the UWNYC has been effective in its efforts, and identifies ways to expand its effectiveness through a series of recommendations.

What We Learned: ReadNYC is perceived by its stakeholders as an initiative that is contributing to improved outcomes for students, families, and educators, including building an equity mindset. Many interviewees agreed that one of ReadNYC’s most significant achievements to-date is the recognizable shift in student’s proficiency—both academically and social-emotionally, and through ReadNYC, parents have an avenue to empowerment. Overall, interviewees shared that community members, community-based organizations, school-based staff, and volunteers have been mobilized around the overarching goals of ReadNYC and that effective collaborations have been formed. What’s more, interviewees perceive UWNYC’s local campaign around grade-level reading as helping to raise awareness amongst government, business, and the community. Forging school-community partnerships and the ability to “double down” on cultural relevance is considered a major benefit to being a ReadNYC partner, and is considered a key to impacting broader systems change.